The focus of this programme (April 2018) will be on Beethoven’s Third Symphony, better known as the Eroica. In the eyes of most specialists, this work – as well as his Ninth Symphony – is Beethoven’s most significant symphony, because the Eroica marks the composer’s definitive departure from the classical model of his predecessors Mozart and Haydn. This has to do primarily with its overall theme, where the heroic deeds of the protagonist, including his death, are celebrated. As such, this symphony bathes in grandeur and appeal that find expression in the magnitude of its musical form (this symphony lasts much longer than all previous ones) and richness of the orchestral sound. This can, without a doubt, therefore be called Beethoven’s first “Romantic” symphony.

Beethoven named this symphony after Napoleon, in whom he saw a Messiah pleading for a better and more equitable society, but who later disappointed him. It is striking that in the last part of the Eroica, Beethoven harks back to themes from the ballet The Creatures of Prometheus, which he had written several years before and which comprises the overture of this programme. The association between Beethoven’s hero and Prometheus – “the liberator of mankind” – gives the allure of this symphony an additional dimension.

Between the overture and Beethoven’s Third Symphony French top-class pianist François-Frédéric Guy plays Beethoven’s First Piano Concerto. François-Frédéric Guy is considered one of the most fascinating pianists specialising in Beethoven of his generation. His curriculum vitae is impressive, with tremendous acclaim from London to Washington and from Paris to Moscow. This is the second time that he makes a concert tour with Le Concert Olympique. 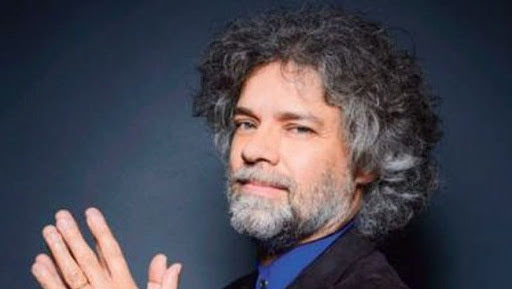