In November 2021 Jan Caeyers and Le Concert Olympique presented the 'last works' of Mozart, Schubert and Beethoven, and how they continued to live on after their deaths.

Mozart's Clarinet Concerto can be regarded as his instrumental requiem, because of the choice of the dark-sounding clarinet as a solo instrument. None other than the world famous German clarinetist Sabine Meyer performed as a soloist during the concert in Antwerp, Berlin, Ludwigsburg and Hamburg. In Leuven and Hasselt Annelien Van Wauwe played the clarinet solo.

The same atmosphere of melancholy predominates in Schubert's Eighth Symphony, which was left unfinished because the composer failed to find the appropriate tone after the gripping slow movement. Various attempts to complete this work on the basis of the recovered sketches proved to be unsatisfactory, which is why this symphony stands out best in its 'incompleteness'.

A number of early sketches of Beethoven's Tenth Symphony have also been preserved. Here too it was impossible to restore Beethoven's intentions, which is why Jan Caeyers asked the German composer Jens Joneleit to write a contemporary adaptation, so that the original material is brought to life in a fascinating way.

This concert is with the support of our partners & sponsors: 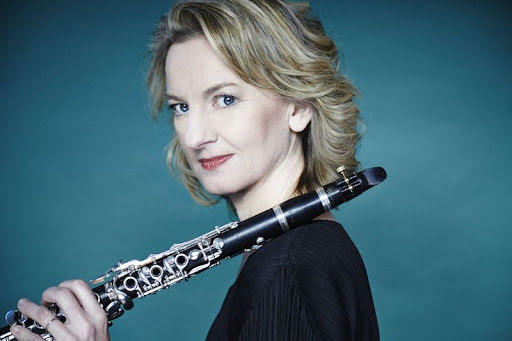