In 2015 Le Concert Olympique has reached an agreement with the renowned Berlin management agency Karsten Witt Musik Management that will from now on represent the orchestra worldwide. This contract supports the mission of Le Concert Olympique: to gain an international reputation as the Beethoven reference par excellence by 2020 - Beethoven’s 250th jubilee.

Karsten Witt is without a doubt one of the most important people on the international music scene. He has been director of the Vienna Concert Hall, the Deutsche Grammophon Gesellschaft in Hamburg, the Southbank in London and the Guildhall School of Music and Drama in London. He has also acted as an advisor on a range of prestigious projects throughout the world and member of umbrella concert organisers such as the European Concert Halls Organization that acts as link between the most important European concert halls.

It was against this background of innovation that Karsten Witt decided to represent Le Concert Olympique worldwide as from 2015. The goal is to create a groundbreaking and ambitious Beethoven project with as major benchmarks in 2020 and 2027, the two Beethoven anniversaries. 2020 marks the 250th anniversary of Beethoven’s birth and 2027 marks the 200th anniversary of his death. It goes without saying that there will be great international celebrations of this double anniversary of one of the most important people in world history that will take place within a span of just seven years.

Karsten Witt has set himself the mission of transcending the classic role of mediator for concerts and tours with Le Concert Olympique, by adding depth to the project via additional residences at leading international events where the expertise on Beethoven provided by Jan Caeyers and Le Concert Olympique will form part of the fringe programme of the concerts. 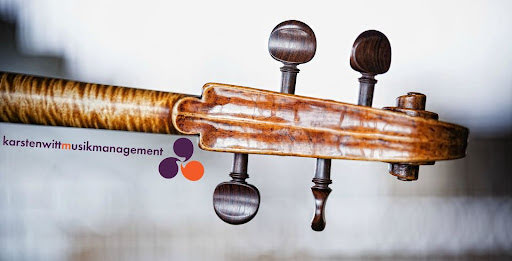