In February 2015, Le Concert Olympique performed Beethoven's Symphony No. 3, the so-called Eroica, for the very first time. This symphony has a mythical reputation because Beethoven originally wanted to dedicate it to Napoleon, but later decided against it due to ideological reasons.

But much more important is the fact that Beethoven continued to develop his ‘heroic style’ in this symphony, and that he lifted the dimensions of the classic symphony to an as yet unheard of level. From this viewpoint, it could be considered the first ‘romantic’ symphony.

In addition, Le Concert Olympique played Beethoven's Piano Concerto No.1. The soloist was the former Queen Elisabeth winner Frank Braley, a long-time musical friend of Jan Caeyers and with whom, in the past, he collaborated in performing all of Beethoven's piano concertos. 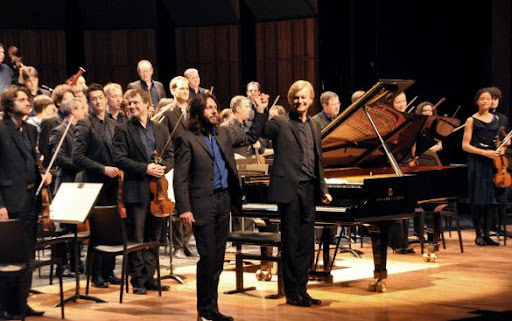