Central to the concert tour of February 2019 are two works by Beethoven that are closely related: the Fourth Piano Concerto and the Fifth Symphony. They were composed at about the same time and were also performed together at the famous Academy of 22 December 1808 in the Theater an der Wien in Vienna. But perhaps even more important is the fact that both pieces are based on the same rhythmic motif of three repeated notes, except that they have a different musical meaning: while the Fourth Piano Concerto is poetic in nature – the second movement even has a recitative-narrative character – the Fifth Symphony is dramatically conceived. In that sense, both works are complementary and contrasting. It is therefore particularly attractive and meaningful to listen to them linked together.

The concert has opened with the Chamber symphony composed by Jeroen D'hoe for Le Concert Olympique. Jeroen D'hoe is an established name in Belgian and international music life. With pleasure and conviction he accepted the challenge of writing an orchestral work based on Beethoven's orchestral sound.

Soloist was the world-renowned pianist Alexander Melnikov. With the performance of the Fourth Piano Concerto, Le Concert Olympique and himself continue the particularly intensive and fruitful collaboration that started in 2013 and which has since led to ten successful concerts. 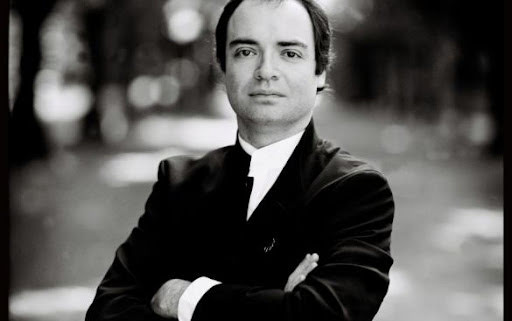